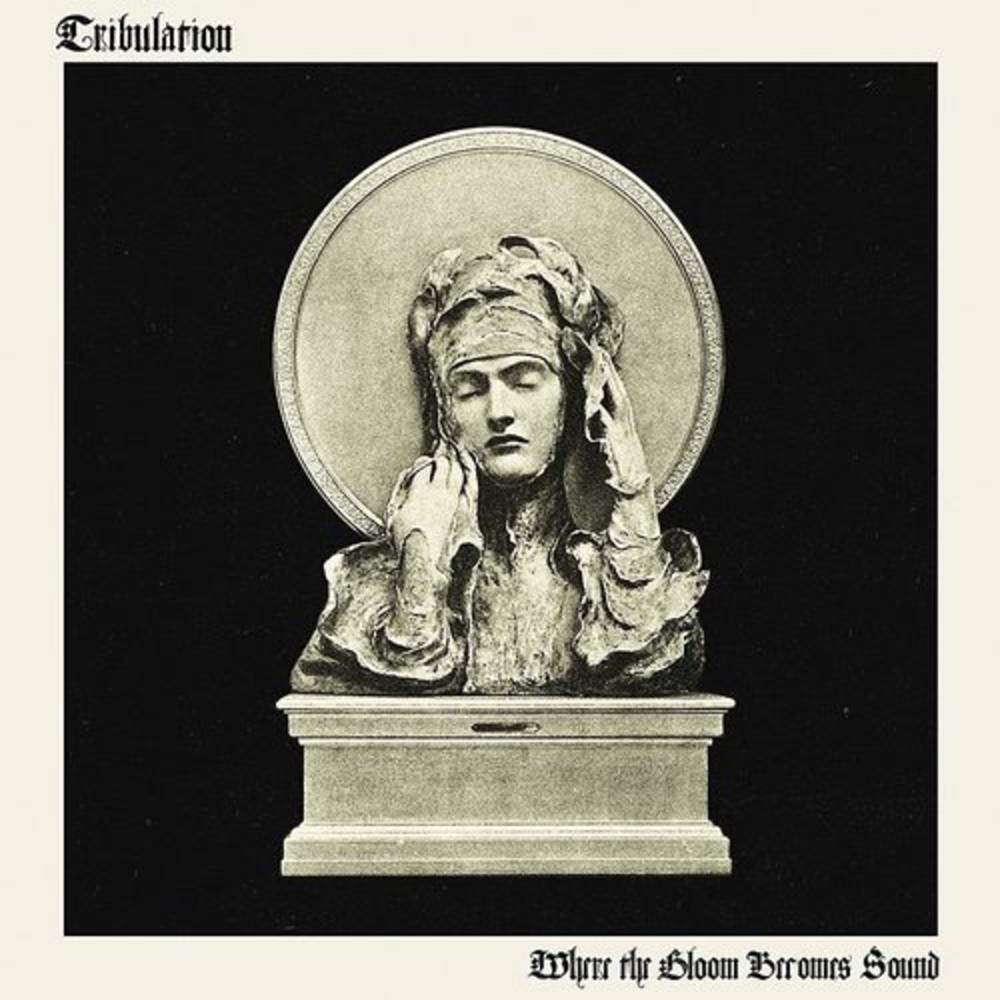 Limited colored vinyl LP pressing. Sweden's kings of gothic, deathly metal return with the new album, Where the Gloom Becomes Sound. Moored by an incredible songwriting team, developed by a brilliant production team, and aesthetically in a league of their own, it's a wonder Tribulation aren't playing stadiums. Where the Gloom Becomes Sound is a masterclass in all things tenebrous and creepy. The Swedes have crafted a sonic fingerprint unlike any other by fusing heavy metal, death metal, hard rock, and (Swedish) folk music into what can only be described as the "Tribulation sound." Throughout the LP, Tribulation trumpet the sounds of the Other, an electrified double-door to magic, myth, and mystery. Tracks like "In Remembrance," "Hour of the Wolf," "Leviathans," "Inanna," and "The Wilderness" are the five elements, stygian and photophobic in concert. Whereas "Daughter of the Djinn," "Funeral Pyre," "Dirge of a Dying Soul," and piano instrumental "Lethe" are the other five, macabre and wraithlike like a cemetery at 3 a.m. The immaculate affair was helmed by producer Jamie Elton, mixing ace Tom Dalgety (Ghost, Rammstein), and mastering star Magnus Lindberg (Lucifer, Dool).
This website uses cookies to personalize content and analyse traffic in order to offer you a better experience.
I accept Learn More
back to top